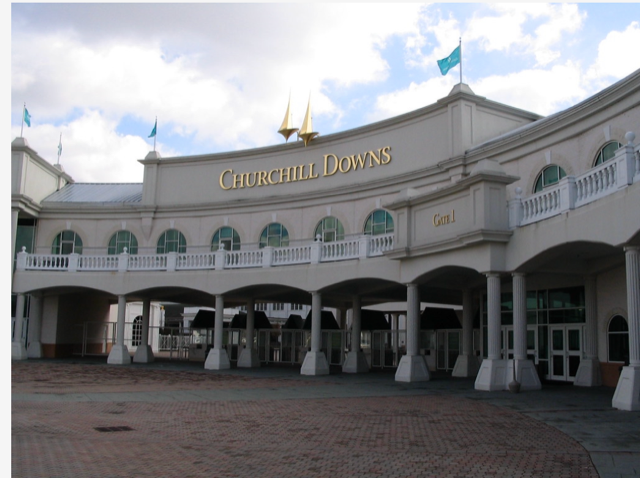 African American jockeys are rarely seen in horse racing today, but they were once dominant in the sport, specifically The Kentucky Derby, during the first three decades of competition.

The early dominance of black jockeys was due to antebellum customs and slavery. During this time, enslaved Africans were often the caretakers of the horses on the plantations. As a result, generations of enslaved African Americans grew up around horses and horse riding, and were some of the first jockeys in the sport.

After the Civil War, Kentucky became the horse capital of the world, and in 1875 the first-ever Kentucky Derby took place; in that race, 13 of the 15 riders were black. The winner of the first race was also a black man, Oliver Lewis. Over the next 28 races , 15 of the winners were black and they were overall, the dominant racers of their time. (West, African-American jockeys > KET 2019)

Black jockeys were some of the first black superstar athletes in America.  Isaac Burns Murphy won the Kentucky Derby three times in 1884, 1890, and 1891 and, in doing so, became the wealthiest American athlete. During his peak years, Murphy reportedly earned $15,000 to $20,000 annually when the average yearly income for a family of four was $1,200. Murphy was among the first group of jockeys inducted into the National Museum of Racing Hall of Fame in its inaugural year of 1955. (Samolovitch, Black history Month: Shining a spotlight on Notable African American jockeys in horse racing 2020)

James “Jimmy” Winkfield became the second jockey to win The Kentucky Derby back to back, in 1901 and 1902. Winkfield took his talents overseas in the following years, becoming a leading jockey in Russia and even competing in several European countries. He later bred and trained racehorses in France. Winkfield was inducted into the National Museum of Racing Hall of Fame in 2004. (Samolovitch, Black history Month: Shining a spotlight on Notable African American jockeys in horse racing 2020)

In the 1890s Willie Simms became the first (and only) African American jockey to win all the American Triple Crown races, winning the Kentucky Derby (in 1896 and 1898), Preakness (1898), and Belmont Stakes (1893 and 1894) decades before the concept of the Triple Crown took hold. In 1895, the Augusta, Ga. native was invited to race in England, where he became the first jockey to win a race on an American horse in that country. Simms won the 1896 Kentucky Derby in its first running as a 1 ¼-mile race. He was inducted into the National Museum of Racing Hall of Fame in 1977. (Samolovitch, Black history Month: Shining a spotlight on Notable African American jockeys in horse racing 2020)

Two jockeys won the Derby when they were only 15 years old. Alonzo Clayton won the Kentucky Derby in 1892. James “Soup” Perkins, a Lexington native whose father and brothers were trainers, won the Derby in 1895. (West, African-American jockeys > KET 2019)

The societal changes around America that saw the abolition of slavery, and the ushering in of the Jim Crow south halted the success of black jockeys in the late 1890’s and early 1900’s. While winning was still taking place, being a black jockey became more dangerous as the days went by.

Teresa Genaro, the founder of the Brooklyn Backstretch, a reporting and reflection website for New York horse racing is quoted saying, “All the sudden you have generations of black horsemen who had never known slavery. They were independent, autonomous people and white people began to feel really threatened by that.” (Ellis, Curious derby: What happened to black jockeys? 2018)

With segregation on the rise, and the business of horse racing became more lucrative, the presence of white jockeys emerged to be more prominent in the sport, creating racial tensions between white and black jockeys.

White jockeys during this time would physically threaten black riders. The last black person to win the Derby, Winkfield faced close to tragic racism and discrimination from his white counterparts. White racers would intentionally try to injure  Winkfield and his horse by pushing his mount against the track’s rail; this happened to countless black riders. Seeing this trend, white race horse trainers would become more reluctant to use black jockeys, seeing this as a disadvantage to their horse. This blatant act of racism would force  black jockeys  to other countries to continue to race in a safer environment – opening up the door for white jockeys to control the sport. By 1904 black jockeys were barred from certain racehorse tracks, which included Churchill Downs, the very place the Kentucky Derby is held every year. (Andrew, Black jockeys and the Kentucky Derby: A history of race and racism 2020)

The absence of black jockeys in the sport present day is due to them being forced out of the sport by racism and segregation. Now a generation of black people exist who have never known these larger than life figures and the way they dominated the sport.

The Kentucky Derby was made famous by black jockeys across the world. As you celebrate this month, remember every part of this country’s success, black people were at the heart of it all.

“Churchill Downs, Home of the Kentucky Derby, Louisville, Kentucky” by Ken Lund is licensed under CC BY-SA 2.0
“Isaac Murphy, Jockey, from the Goodwin Champion series for Old Judge and Gypsy Queen Cigarettes” by Goodwin & Company is marked with CC0 1.0