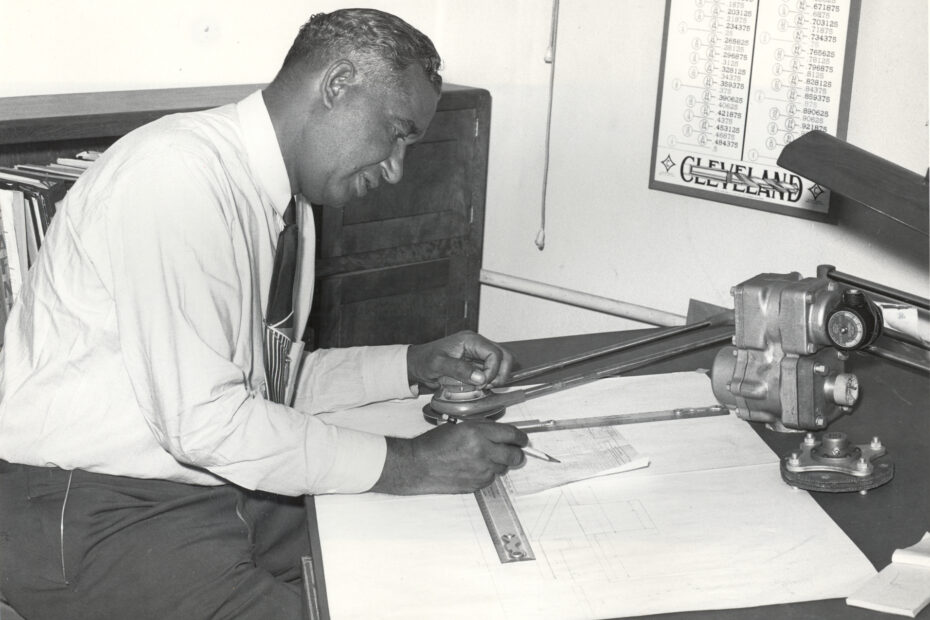 Jones got his start as a mechanic’s help at the R.C. Crothers Garage in Cincinnati. There he learned about the inner workings of automobiles, and within three years, his skills elevated him to the position of a foreman. By 19, he had built several cars for racing exhibitions and quickly became one of the most well-known racers in the Great Lakes Region. (Blue, Frederick McKinley Jones (1893-1961) 2019)

Jones served in WWI as an electrician in France; while he was there, he rewired his camp for electricity, telephone, and telegraph service. After being discharged, he moved to Minnesota, and over the next few years, he would create more innovative machines.

Some of his early inventions included a portable x-ray machine, a radio transmitter, personal radio sets, and eventually motion picture devices. Unfortunately, Jones never applied for patents, and he watched helplessly as other men made fortunes off their versions of the same device. (Blue, Frederick McKinley Jones (1893-1961) 2019)

But in 1927, Jones had a huge breakthrough. Joseph Numero, the head of the Ultraphone Sound Systems, hired Jones as an electrical engineer. Numero’s company made sound equipment that was used in movie houses in the Midwest. Being the innovator, Jones converted silent-movie projectors into talking projectors by using scrap metal for parts. In 1939 Jones invented and received a patent for the automatic ticket-dispensing machine to be used at movie theaters, something used for generations after it was created. (Blue, Frederick McKinley Jones (1893-1961) 2019)

Eventually, the two formed a partnership called the U.S. Thermo Control Company, where Jones served as vice president. He was tasked with developing a device allowing large trucks to transport perishable products without spoiling in his time there. Jones created his automatic refrigeration system, and the Thermo King was born. Eventually, he modified the design so it could be outfitted for trains, boats, and ships.

The Thermo King transformed the shipping and grocery industry, altering American consumers, and the world’s eating habits. Grocery store chains had the opportunity to import and export products that previously could only have been shipped as canned goods. Jones’ invention was the genesis of the  frozen food business industry as consumers could enjoy fresh foods from across the globe; this historic invention made U.S. Thermo is a multi-million-dollar company. (Blue, Frederick McKinley Jones (1893-1961) 2019)

Jones  returned to working with America during war times, creating an air-conditioning unit for military hospitals and a refrigerator for military field kitchens during WWII. His inventions during war times saved countless lives, and a modified version of his device is still used today. (Blue, Frederick McKinley Jones (1893-1961) 2019)

Jones is one of the most prolific Black inventors in American history. At the time of his death, Jones had more than 60 patents but has invented countless inventions without patents. In 1944, Jones became the first African American to be elected into the American Society of Refrigeration Engineers. In honor of his tremendous achievements as an inventor, he was posthumously awarded the National Medal of Technology. Jones was the first black inventor ever to receive such an honor.