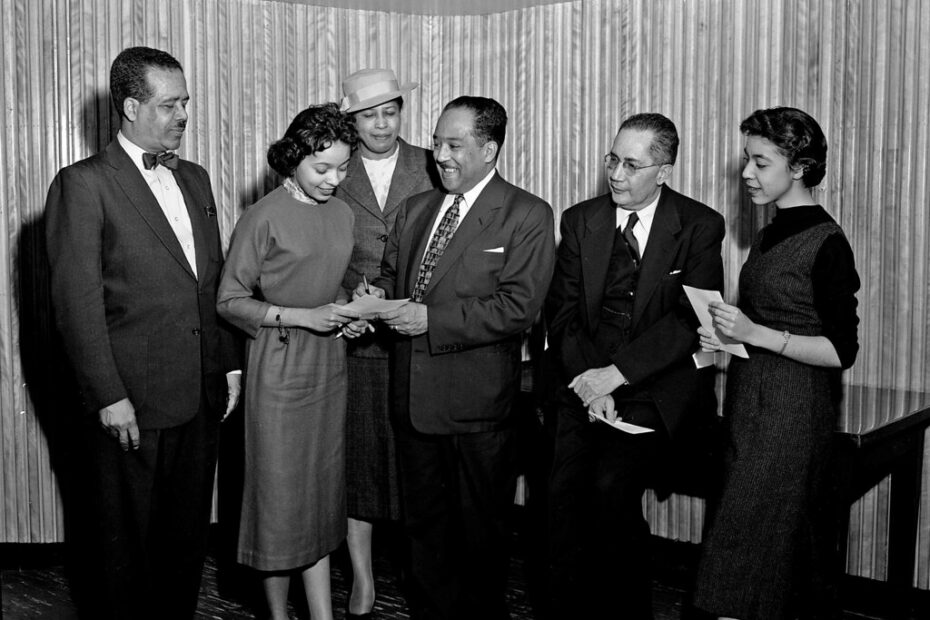 Many have heard the name Langston Hughes, and may even know that he was a poet and a writer. But his impact lies in the nuance of his work, and his courage to be boldly and unapologetically Black in an era when Blackness was not celebrated, even by Black intellectuals of the time.

Hughes was born in Missouri, but spent most of his formative years in Lawrence with his grandmother. By age 12, he had lived in six different cities across the US. After high school, he moved to New York City, where his career quickly flourished. He would soon emerge as one of the leaders of the African American cultural revival happening in the city, known as the Harlem Renaissance. Around the same time, he would be the first to write “jazz poetry,” which mirrors the rhythm of jazz music when spoken aloud. Hughes brought spoken word poetry to the fore in America. His legacy and the influence of the Harlem Renaissance runs deep throughout the spoken word community, with spoken word today often mirroring the flow, rhythm, and feel of rap and hip-hop.

Hughes’ rhythmic style is well known and studied but less frequently acknowledged is the common thematic thread across Hughes’ poetry: his portrayal of the wholeness of working class Black people — writing with sharp honesty about both the struggles and joys experienced in Black communities. His poetry aimed to unite people of African descent and of the African diaspora in celebration of Black folk culture and Black aesthetic, and he called on Black writers and poets to embrace their Blackness and confront the complexities of being Black in America.

But Hughes had plenty of critics. White poets dismissed his work as not “serious” or too “simple,” and Black intellectuals were concerned about how he was portraying Black people. None of this stopped him from telling the truth. He wasn’t going to spoon-feed the nuance and meaning behind his poems to white readers, and he wasn’t going to obscure or hide the richness and complexity of Black peoples’ experiences for the Black intellectuals.

“We younger Negro artists who create now intend to express our individual dark-skinned selves without fear or shame. If white people are pleased we are glad. If they are not, it doesn’t matter. We know we are beautiful. And ugly too.”

In his essay, The Negro Artist and the Racial Mountain, he wrote “We younger Negro artists who create now intend to express our individual dark-skinned selves without fear or shame. If white people are pleased we are glad. If they are not, it doesn’t matter. We know we are beautiful. And ugly too.”

But it was because he resonated so fully with “average” Black people that he was able to earn his living by writing and performing and become one of the first African American writers to do so. His resistance was quiet, but powerful.

Read his work at: https://www.poetryfoundation.org/poets/langston-hughes

“Langston Hughes, author” by US Department of State is licensed under CC BY-NC 2.0